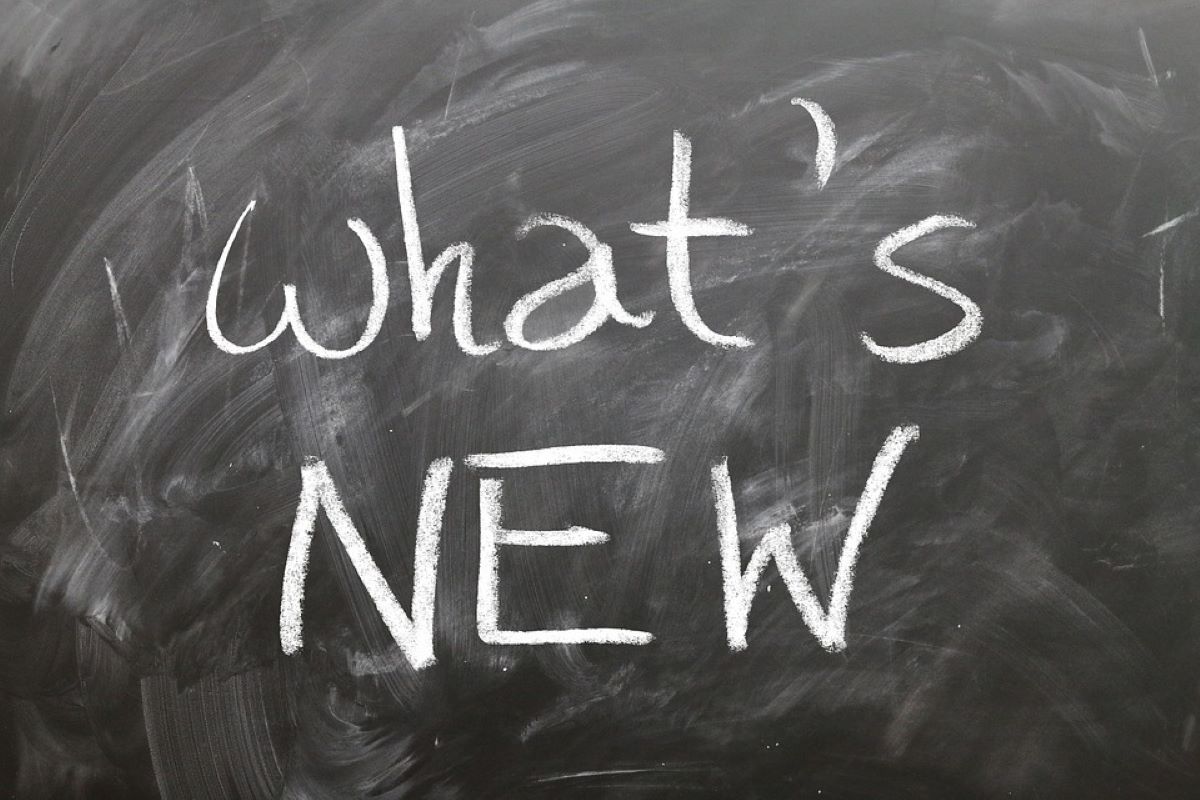 I have announcements that you don’t want to miss! We got our Sasquatch cribbage board and it is gorgeous. We hope to have a YouTube video of us playing a game in a day or two.

The Amaryllis Star of Holland continues to open, almost before our eyes. It’ll probably be in full bloom before Christmas.

I have been working so hard on my juggling practice, trying to get so I can do a behind the back throw—I got a bruise on my right wrist without even realizing it. I must have got smacked by the ball. More on the agony and the steady but slow progress coming soon!

The Amaryllis Star of Holland opens up a little more each day. It may open before Christmas.

I make do with the sticky juggling balls. They’re easily squishable and tacky enough to pick up the little granules my original juggling balls were stuffed with. Evidently, the vacuum cleaner couldn’t get them all.

In the process of shopping for new juggling balls, we’re learning new things. I had what are called 4 panel balls, meaning they were covered by fake leather panels secured with thread at the seams—which turned out to be not very durable.

But they can have 6 or even 12 panels. I guess the idea is that the more panels, the less likely the seams will get smacked and break on impact with various objects, such as my glasses, computer, window shades, and whatnot.

The impact factor of dropped balls are pretty important right now because I’m still a beginner. You can buy one acrylic ball for $26. They’re virtually unbreakable, so they can probably last for years—unless I use them.

Some juggling balls are filled with millet, which is bird seed. I’m ambivalent about juggling balls which could spread food all over when I break them.

I’m busy trying to learn how to do a new juggling trick, which is to throw one behind your back as you do the 3-ball cascade. I’m struggling to get the hang of it. You’d think it would be about the same level of difficulty as the under the leg throw trick, which I can do (in a very ugly way, of course). It’s much harder.

There are lot of jugglers out there on YouTube who are really great teachers. You can tell right away which ones are just trying to dazzle you. Sena found a website called Renegade Juggling. There’s a chart showing how your hand size relates to the size balls appropriate for you. I’m sticking with 62mm diameter balls, since they’re supposedly right for somebody with 7-inch hands from wrist to fingertips. 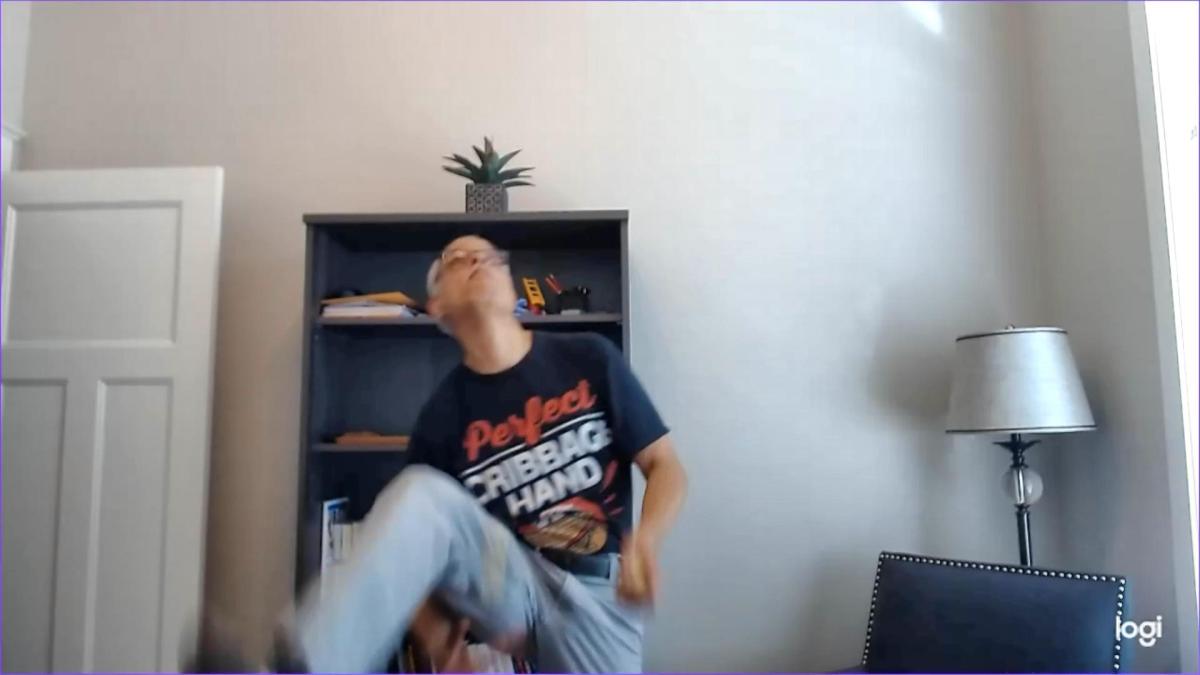 I know you’ve been waiting for more ugly juggling and I’ve got it for you right here. I have been struggling with doing the under the leg toss trick and the reverse cascade as well for days.

Both are extremely ugly, but I’m giving myself credit because I’m a geezer past his mid-sixties who just started juggling in mid-October.

I generally tend to practice in my office where my computer and webcam are. It’s not unusual for me to drop a ball or two on the keyboard. Sometimes when I do that, a couple of extraterrestrials materialize and try to sell me real estate somewhere on the outer rings of Saturn. I don’t worry about them because I just accidentally hit the keys again by dropping another juggling ball on the keyboard and they dematerialize.

I thought I would never get the under the leg trick. I have watched that trick done by several pro jugglers who make YouTubes out of their skills and try to teach others. What often happens is that I keep trying and fail so much that I just figure I’ll never get the hang of something.

And then one day, I just start doing a trick more often than I fail. I keep at it until I complete it more than I miss. That’s how it was with the under the leg.

Don’t get me wrong. My under the leg juggling trick is really ugly. But it’s my kind of ugly.

One of the key things for me is getting my right leg up just before I throw the ball under it. This is vital, because if I don’t stand on my left leg long enough to stick with the cascade pattern, I end up flinging the ball into the computer, the wall, or on my head.

I can’t throw them so high they bounce off the ceiling. They just have to be high enough to get back into the cascade.

I really think my practicing the one leg stand on both legs (one minute on both the right and left legs) for the last few months has helped me get into shape to do the under the leg trick.

In my ugly juggling video, I made one clip of the under the leg throw in slow motion.

I’m learning juggling tricks. Uglier than ever, lucky for you! The 1 UP 2 UP is really tough to do. You have to toss up one ball and immediately toss up the other two while the one is hurtling back down like a meteor.

As usual, I’m reeling, rocking, and rolling all over the place.

The half shower is throwing one ball over the other two in one direction. That changes to jugglers’ tennis when you send one ball both ways. If you use a ball that’s a different color than the other two, it looks like tennis.

I have only one set of non-juggler balls with one yellow ball. They stick to each other and to my hands, so they’re hard to control.

But I do have a dryer ball. 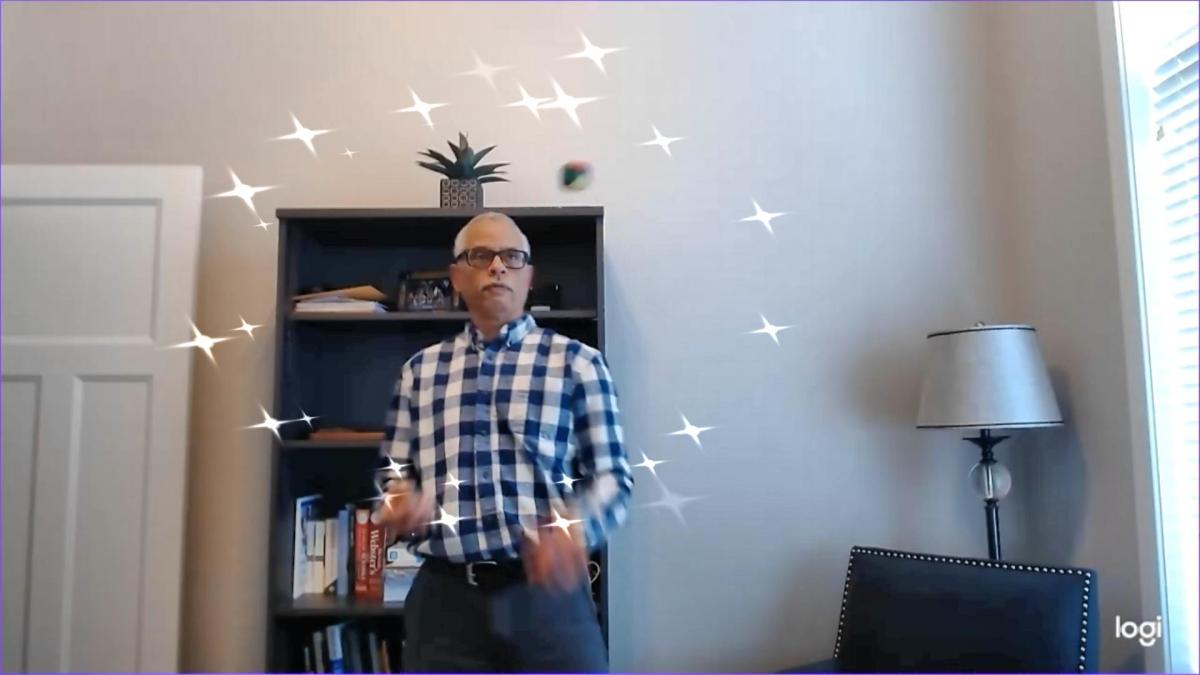 I’ve been working on my juggling form—and it’s only somewhat improved, but I’m getting 30 throws (good for the personal Gold Trophy milestone) without dropping more consistently just since yesterday.

I’ve got about a dozen video clips with me getting at least 30 throws, one with 36 although I’m weaving, lunging, rearing, rocking and rolling all over the room, nearly crashing into the computer. You can read my lips to see I’m counting in the video.

I’m hoping that getting to my Juggling Gold Trophy milestone will help make it easier to do tricks.

Sena bought me some new juggling items, which include three new balls and 3 Blobs. The Blobs are probably extraterrestrials because they have antennae. They all tend to bounce off my hands, but that’s no excuse for my continuing ugly form, which I swear I’m continuing to work on.

I’m starting to occasionally sneak in an over-the-top throw. I toss it over instead of under the ball. I notice that I hold my left arm above the right one for some reason. It looks weird, but it may be an unconscious way to cheat my way to the silver trophy for 20 throws.

You know, what I wonder is whether there is a place for ugly juggling? Because that’s what I do. There might be such a thing as an ugly juggling stage in learning to juggle, and could there be an Ugly Juggling Society?

I could be the president. We could have annual meetings in warm climates and juggle ugly until we drop our balls. Careful. We could have ugly juggling contests, live music, and a hog roast.

I tried juggling my wife’s socks and even a cold or heat pack we got from the Iowa City Police. Don’t worry, I was not placed under arrest. It was a complimentary gift from a member of the local police force who attended the opening of the newly renamed James Alan McPherson Park in Iowa City.

I think I might be ready for the bronze trophy for getting 10 throws, more or less consistently (OK maybe a little less).

If you think my juggling is ugly, you’ve got to see the scandalous cat juggling event. I would never stoop that low, especially since I’m allergic to cat dander.