Heard this on the Big Mo Blues show tonight on ‘da Friday Blues, “your blues prophylactic protecting you from the demon seeds of life every Friday night” with Big Mo on KCCK, 88.3, Cedar Rapids and Iowa City. 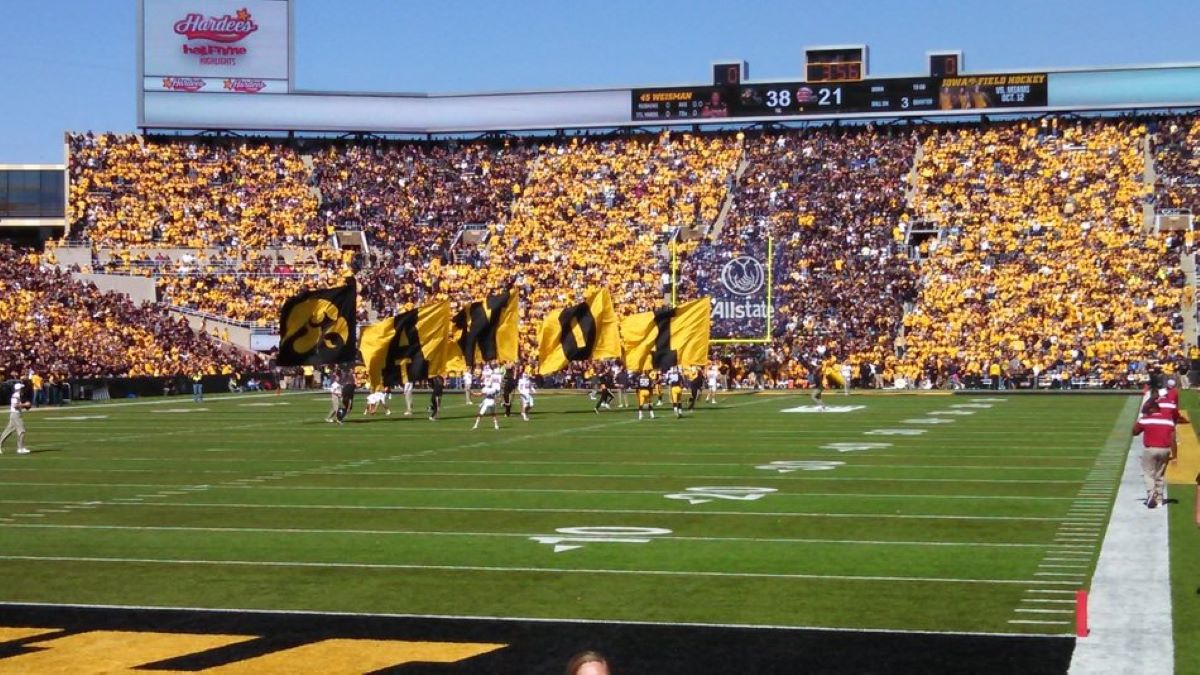 The new Hawkeye Wave song will be decided by the kids, and it won’t be just a single song. According to a story in Iowa Now:

For every home game the Iowa football team plays inside Kinnick Stadium, the UI Department of Athletics, in coordination with the UI Stead Family Children’s Hospital Kid Captain program, will ask that week’s Kid Captain to help select a new song to accompany the Hawkeye Wave.

It’s a great idea! Back in April, fans were asked to nominate a song to be played between the first and second quarters of the Iowa Hawkeye football games while the team members and fans wave to the kids watching from UI Stead Family Children’s Hospital.

It’s up to the Kid Captains!