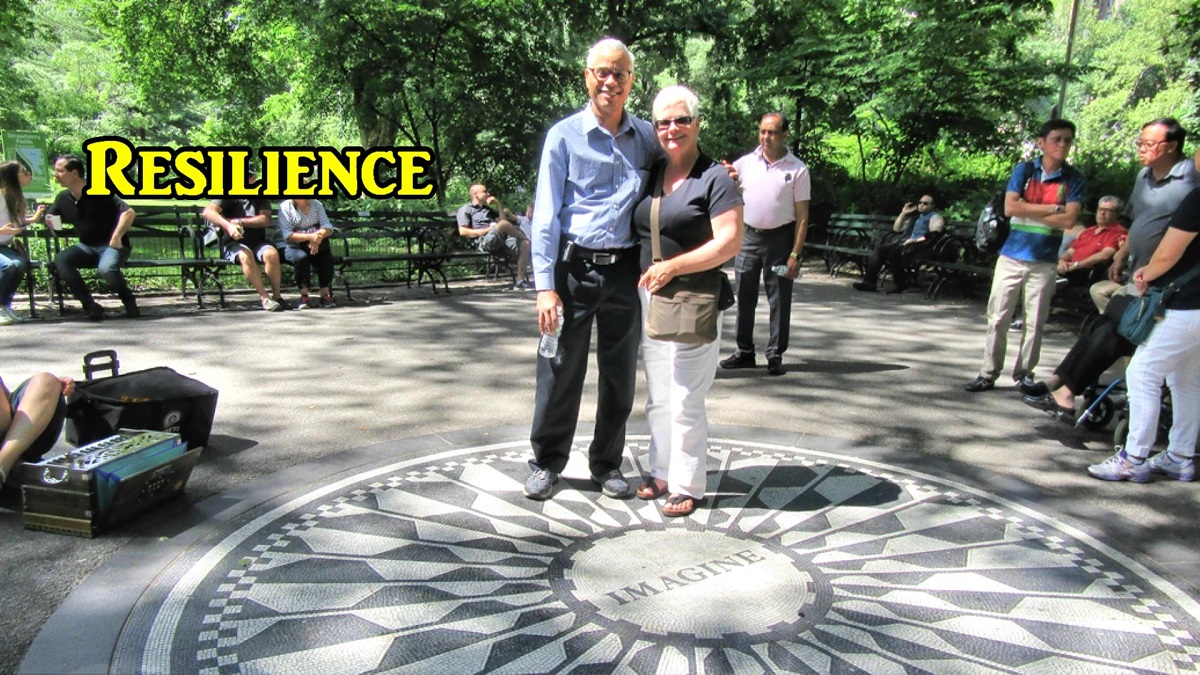 It has been a while since my last post. I’m hanging in there although sometimes it’s difficult to stay optimistic. I’m reminded of the Survivor Tree, the Callery Pear in New York City. You can easily google the story about this tree which somehow survived at Ground Zero after the 9/11 attack on America in 2001. We visited New York in the summer of 2017 and saw the Survivor Tree at the 9/11 Memorial & Museum plaza. It’s hard to believe that was 19 years ago. And now we’re dealing with the Covid-19 pandemic.

I’m still adjusting to my new identity as a retired person. I was reminded of that when I read the recent post “What is your Identity?” on 9/12/2020 by The Good Enough Psychiatrist. She’s resilient and optimistic, traits I admire. I tend to be rigid and pessimistic, especially when I have a lot of time on my hands.

I also need to get out of my head. It’s amazing how easily reminiscence can morph into rumination. Galloping all over the hospital as a psychiatric consultant distracted me from that habit. On the other hand, Sena and I reminisced the other night for quite a while. I was astonished at how much we both recalled about our 42-year long marriage and the adventures and challenges we’ve been through.

Our first house was a challenge. Shortly after we moved in, I had to try to mow the tall grass which had been neglected for a long time. I had to use either a scythe or a weed whacker. I honestly can’t recall exactly what I used but the scythe sounds more impressive, so I suspect it has crept into the story more for dramatic effect. It was a very hot day and my first encounter with my neighbor from across the street was his generous act of lending me his power lawnmower. He was a white man and, back in those days, kindness in that context was uncommon.

The only time I used a power mower other than at that house was when I went to Huston-Tillotson College in Austin, Texas. It’s now called H-T University. It was one of the historically black colleges in the country and I recall feeling a bit awkward there since I had grown up in largely white neighborhoods in the Midwest. Anyway, I helped mow the campus grounds. I guess “helped” might not be the right word, especially if you consider the perspective of the groundskeeper who was in charge of fixing the power lawnmowers I destroyed. I wrecked a few mainly because I kept running over rough, rocky ground. After I dragged the 2nd or 3rd ruined mower back to him, he stared at me and shook with rage. Mercifully, memory fails me at this point.

I’m realizing I could probably go on rambling like this for a good while. I guess that might mean I’m gradually adopting the identity of a garrulous old retired guy. I know that sounds pessimistic.

On a more positive note, Sena and I had a great time in New York City three years ago. We’re glad to have the memories. Sena is optimistic and resilient by nature. She’ll help me imagine brighter times coming in the future.

One thought on “Hanging In There”