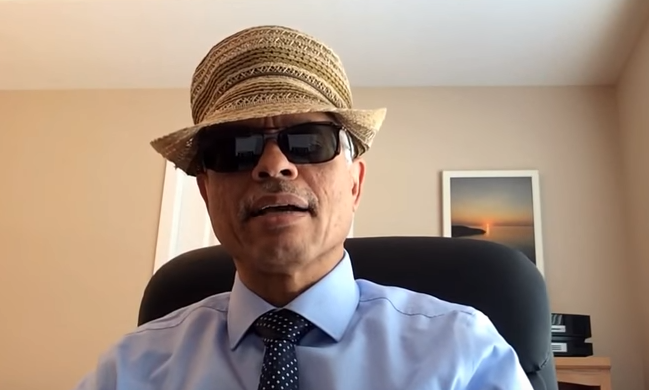 I’ve noticed that I’m getting more garrulous as I age. In fact, I call this anecdotal garrulity and I always warn my trainees that I’m about to tell them yet another war story which usually involves some activities or processes in my job as a Consultation-Liaison (C-L) Psychiatrist that nobody knows about anymore–but should.

My anecdotes tend to grow longer and more woolly as the years pass. I add a detail or nuance to the story that adds extra angles, twists and turns, and bits of hair-raising action. Some of them never happened. No, I ‘m just kidding. I don’t actually lie; I just polish the history a little bit.

One example of anecdotal garrulity in which the tales get hairier with each performance, I mean embellishment, no I mean repetition–involve people I’ve encountered while blogging on WordPress.

One of them is Dr. Igor Galynker, a brilliant psychiatrist at Beth Israel in New York who has done very important research in suicide risk assessment. He has recently published a book about the suicide crisis syndrome, The Suicidal Crisis: Clinical Guide to the Assessment of Imminent Suicide Risk. I purchased a copy and am reading it whenever I get a chance. I wrote a post about a paper he published regarding his suicide risk assessment research in my previous blog, The Practical C-L Psychiatrist, which started off with the name The Practical Psychosomaticist for goodness sakes, what a name! The name Psychosomatic Medicine (PM), by the way, was chosen by the American Board of Psychiatry and Neurology (ABPN) and the American Board of Medical Specialties (ABMS) about 2,000 years ago when this subspecialty got approved by the Accreditation Council on Graduate Medical Education (ACGME).

Come to think of it, I probably ought to call it a supraspecialty instead of a subspecialty and that name originated with another grand beacon of academic C-L Psychiatry (I mean besides me), Dr. Theodore Stern, at an annual meeting of the Academy of Psychosomatic Medicine (that’s what it was called then, if you can believe it; but now, because the members of the academy (including me) howled about it and voted to change it to something that made some darn sense, it is now rightly called the Academy of C-L Psychiatry; we’re finally correctly identified, good gahd’amighty) and you will not find “supraspecialty in Webster’s Dictionary although “supra” comes from the Latin for “above, beyond, earlier”. One of the definitions is “transcending”.  I tried to Google “supraspecialty” and came up empty, so it’s a bona fide neologism. Dr. Stern coined the term while talking about the scope of practice of PM. As he went through the long list, it gradually dawned on me why “supraspecialty” as a title probably fits our profession. It’s mainly because it makes us, as psychiatrists, accountable for aspects of general and specialty medical and surgical care above and beyond that of Psychiatry alone. That doesn’t make us deities; just better than most doctors on the planet. Of course not; I’m only kidding. Can’t you take a joke?

Where was I ? Oh, getting back to Igor Galynker, I wrote a post about one of his papers on the assessment of imminent suicide risk, published in about 2014 I believe, a few years after the book Robert G. Robinson and I edited was published, Psychosomatic Medicine: An Introduction to Consultation-Liaison Psychiatry, a block bluster that you cannot put down and will read cover to cover; the level of interest just climbs, almost the effect you get from my award-winning and wildly popular video on pseudobulbar palsy.

Anyway, shortly after I posted that, I got a box in the mail with a very strange-looking address for me:

Even more astonishing was what was in the box. It was Bumpy the Bipolar Bear, an item that evidently was a part of his Mood Disorder Division at Beth Israel.

I have never really figured out whether he did this tongue-in-cheek or what. We’ve never met and we don’t correspond. It doesn’t look like Bumpy is a thing anymore at Beth Israel.

I’m not a research scientist, but I wonder if anyone would fund a center for the study of Anecdotal Garrulity? More importantly, would a statue of me, sculpted from Play-Doh (originally wallpaper cleaner, something you’d know if you watched the Travel Channel as much as I do now that I’m retiring), be erected in the rotunda?