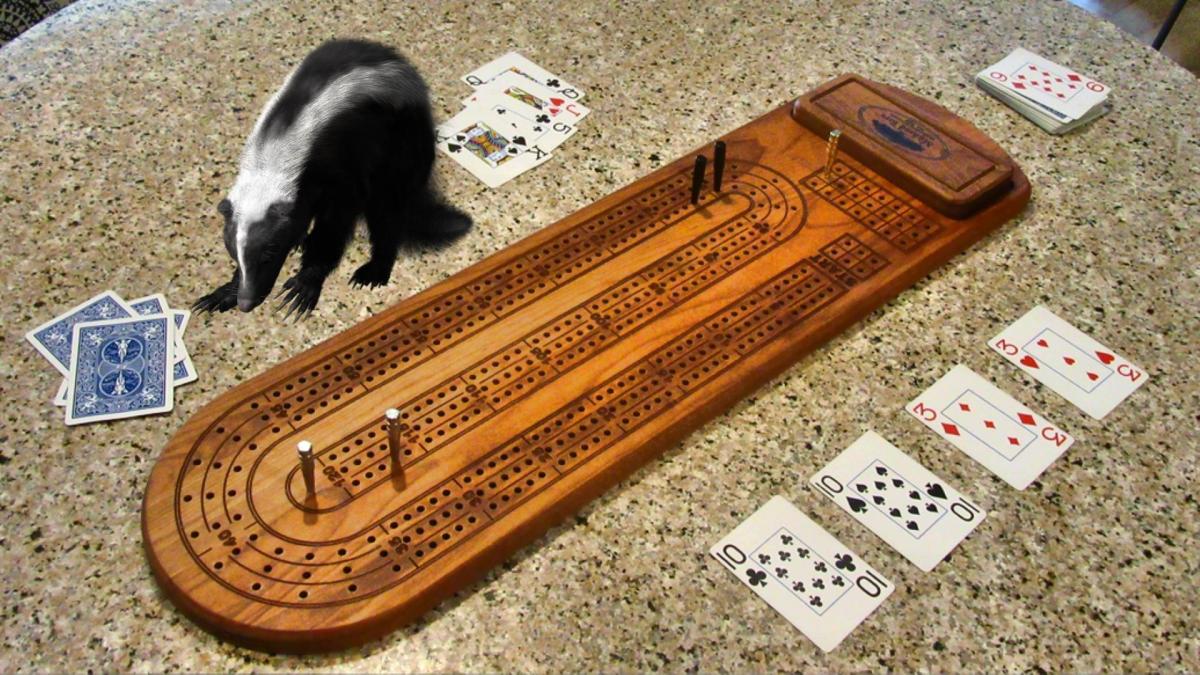 It’s not common to get skunked in cribbage—but it happened to me yesterday. Sena has a way of getting very high scoring hands and this led to her winning the first of three games in a big way.

I was stuck well behind the skunk line. This led to some questions by both of us as to what exactly happens in a tournament when a player gets stuck behind the 91-hole on the peg board after the opponent reaches the winning 121 hole.

The American Cribbage Congress (ACC) website says the winner gets 2 points. I think that’s because the scoring in tournaments is done by points.

Other references say that the winner gets 2 games. That means something if you’re playing the best out of, say, 3 games and the like.

There is such a thing as a double skunk, which is getting stuck behind the 61-hole after the opponent reaches 121. Then the winning opponent wins 3 games.

Many cribbage boards will not mark where the skunk and double skunk holes are. Tournament board makers often don’t mark them—but will if you ask them to do so.

This reminds me to mention the brand-new Sasquatch cribbage board we just ordered. It’ll be a hand-carved walnut board in a circular shape. Sasquatch will be carved in a deep 3-D relief. We are very excited about it. We hope it arrives around Christmas time. There will be no skunk lines.

By the way, I ended up winning two of three games because we typically ignore the skunk rule.