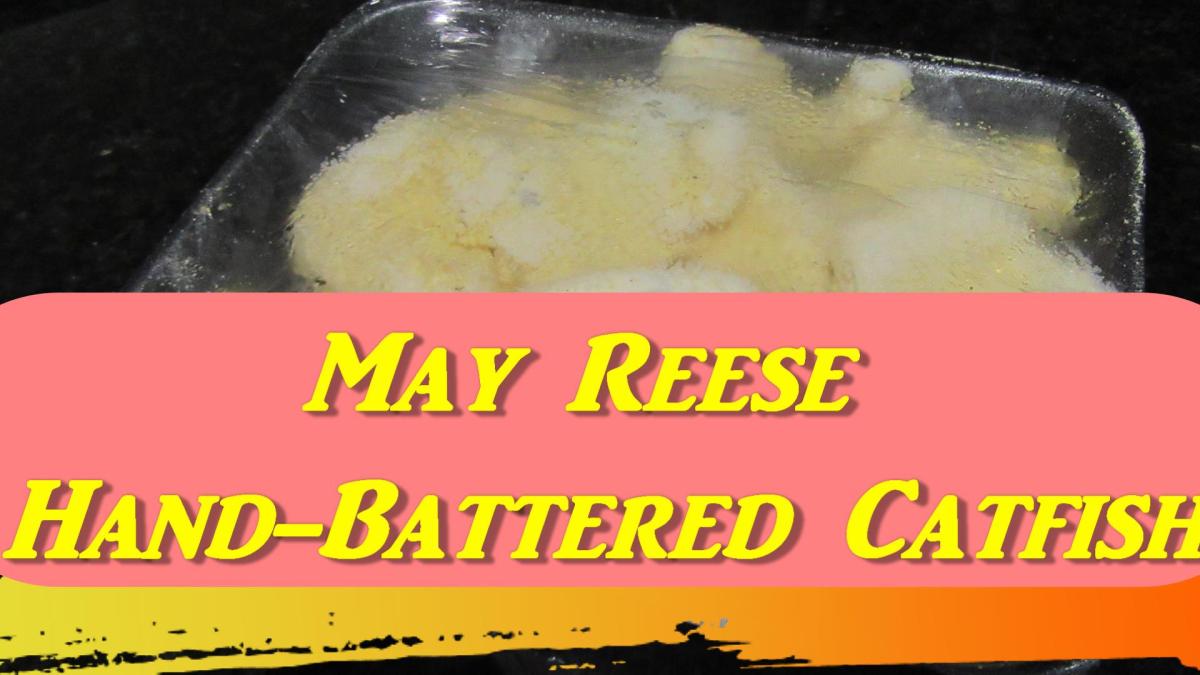 I listen to the KCCK radio station (88.3) Big Mo Blues Show on most Friday nights and the host is John Heim, aka Big Mo. He always mentions a sponsor he calls May Reese hand-battered catfish. There are a couple of slogans which make it sound real.

“Coming soon to a river near you!”

Nobody but Big Mo ever advertises it and I’m not even sure I’m spelling “May Reese” correctly. In fact, I doubt there is such a person. But it’s fun to listen to Big Mo talk about May Reese’s hand-battered catfish.

Sena bought some breaded catfish nuggets from Hy-Vee, which is about as close to May Reese as we’re likely to get. They’re IQF, which means Individually Quick Frozen. Sena’s just slightly dubious about trying them. But she’s going to cook them, just because Big Mo talks about hand-battered catfish (better because it’s battered!”) and it’s mainly because I get a kick out of the legendary May Reese.

We can’t remember ever eating catfish.  When I was a kid, I used to fish for bullhead, which are in the same family as catfish. In fact, they are sometimes called bullhead catfish, which I didn’t even know until today when I looked it up on the web.

I fished for them in a creek in East Park in Mason City where I grew up. I would catch them and throw them back. They were almost always small and sometimes one would manage to squirm enough to sting me with the very sharp spine on its fins.

I never brought bullhead home because Mom made it abundantly clear she would never clean them.

I doubt Sena would ever cook hand-battered bullhead, even if you could find them IQF in the grocery store.

I’m not sure if bullhead would be “packed with nitrates” and I don’t think May Reese would hand batter them—unless she used a baseball bat.