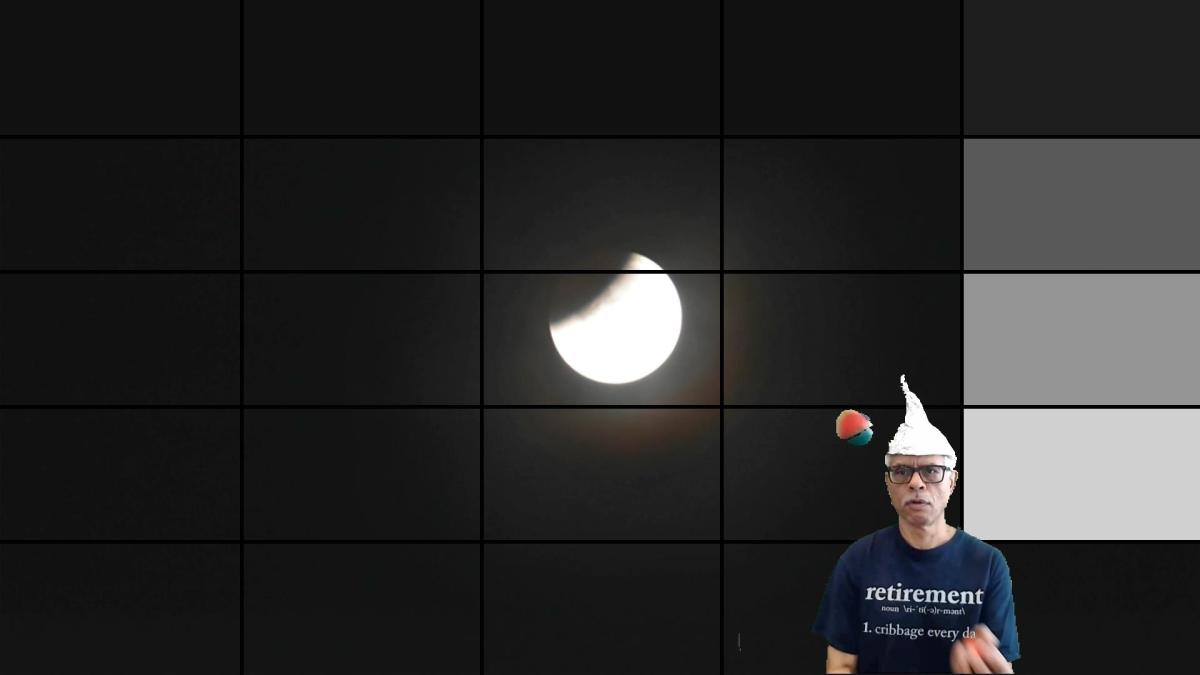 Well, it was cold rousting out of bed into the freezing temperatures to get an eyeful of the total lunar eclipse, otherwise known as a blood moon.

Sena still asks me questions about the whole event, including “And why can’t we see Earth?” She told me I could share that.

I was so keyed up about it I didn’t get hardly a wink of sleep. I wasn’t planning to see the whole thing, but since I was awake most of the night anyway, I got up at 2:00 AM and set up cameras out on the deck.

It was a spectacular view (although I admit you can hardly tell that from my pictures). Like I did for the last blood moon in May this year, I took shots with both my Nikon D3400 and Canon Powershot SX610 HS. I tried both on the tripod. I barely know anything about cameras. I just press the shutter button for the most part and hope for the best.

There were a lot of planes out last night in the general vicinity of the moon. I suspect the pilots were checking out the eclipse. I didn’t see any UFOs, but a couple of deer (or a huge buck, it was hard to see because it was so dark) crossed our yard.

I thought it was cold in May, but this morning I had to drag out my winter coat, hat, gloves, and considered building a fire on the deck, but I decided against it.

This event was special for a different reason. I took my first ever selfies with my 7-year-old smartphone. There’s a first time for everything, including tin foil hats.

You should protect yourself with a tin foil hat when you’re watching the sky. You never know what the extraterrestrials are up to, especially during a total lunar eclipse.

Seeing the stars and planets sometimes makes me want to juggle, an urge against which tin foil hats are ineffective.