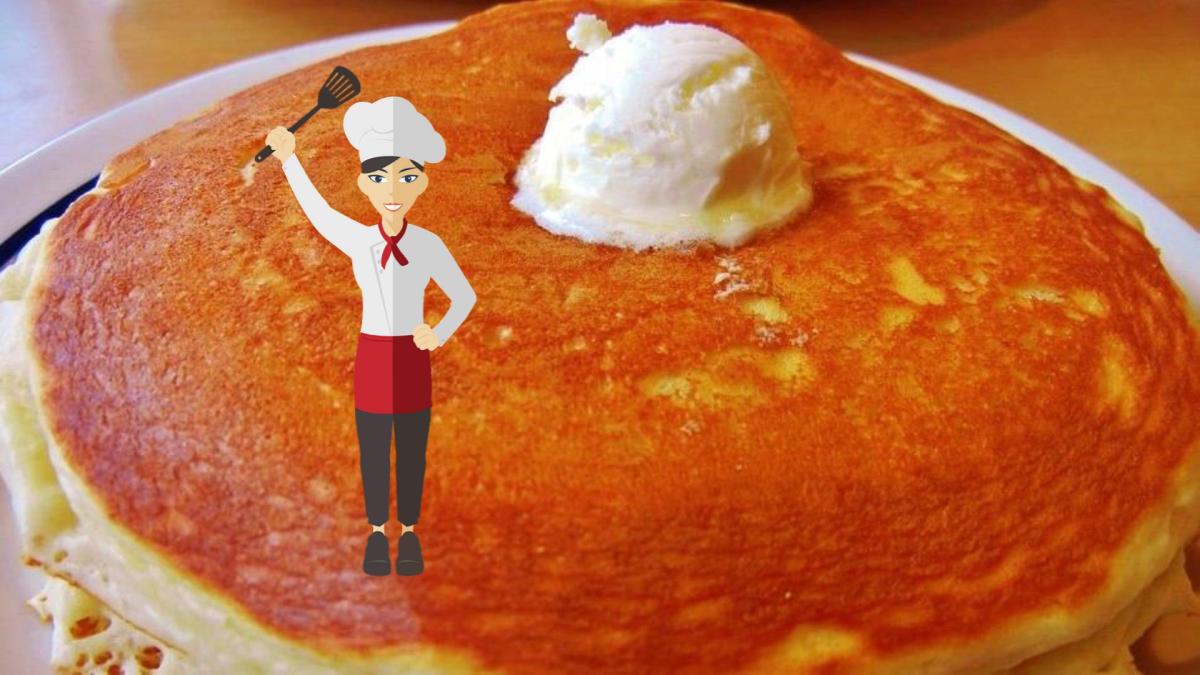 After several decades of making pancakes flatter than a pancake, Sena made light and fluffy pancakes this morning. What gives?

It turns out that baking soda vs baking powder is touted as a real game changer. She’s used baking soda for years and she was never satisfied with the outcome—although I want to be on record as having always gladly eaten them.

Today she added baking powder with pancake batter mix that, curiously, had baking soda in it which was clearly for leavening. I don’t know anything about cooking, but leavening is what makes things like pancakes light and fluffy. She also added an egg, which was not called for but which she did anyway.

However; for leavening, baking powder is evidently preferred over baking soda by cooks. But then again, you can use both. On the other hand, one reference on the web said you can make fluffy pancakes without baking powder. Eggs are another way to make pancakes fluffy. Even though the pancake batter mix Sena always uses has buttermilk in it, which is also needed to make acid which reacts with baking powder-her pancakes didn’t come alive until today.

Baking powder, according to the experts, is baking soda which is bicarbonate soda, a leavening agent by itself, but is also supercharged with other agents that maintain leavening. This can be a powdered acid like cream of tartar, which doesn’t react with dry sodium bicarbonate. Other agents that make the ingredient part of the label for baking powder apparently include a mini-chemistry lab store: sodium aluminum sulfate, calcium sulfate, and monocalcium phosphate. It also has cornstarch to maintain leavening.

So, if you don’t have baking powder you can combine baking soda with cream of tartar, or use self-rising flour, or egg whites.

What made the difference this time for Sena’s pancakes? Was it because she used the baking powder instead of baking soda, and adding the egg? It pays to read the box.

Sound familiar? That’s baking powder. OK, all that prompts me to ask the obvious question. If the mix essentially already has baking powder and the other leavening agents in it, why were Sena’s pancakes flat and chewy until today when she added baking soda? Not that I mind flat and chewy; I’ll pretty much eat anything, even my own cooking. Don’t report me to the public health authorities.